FastPencil in the Santa Cruz Sentinel

It was really cool to see an article about FastPencil in the Santa Cruz Sentinel this morning. Especially because I used to work at the Sentinel many years ago and I know how many changes that paper has been through.

There were guys upstairs like Bill and John who had scars on their forearms from the hot lead they had to pour to make newspaper plates. When I joined the Sentinel we were still printing out stories on paper and waxing them onto boards to be photographed. We worked in Picas. I helped make the transition to direct-to-film where we would compose the pages on computer and print them to film. That's when Pixels became important. Just before I left we were implementing a content management system that allowed editors to enter stories directly onto the page... and the internet was taking off.

Today the Sentinel is basically a virtual paper. There is an office in Scotts Valley but the giant metal press, the million-dollar monster that used to occupy half a city block is no longer in Santa Cruz. In it's last hurrah, I heard it fell off the truck at the top of Hwy 17 and closed down traffic for hours!

So this morning I got to be featured in an article about FastPencil and how we are going to revolutionize publishing... the technology is finally ready, the people are ready, the customers are ready. Where will the Sentinel be in 5 years? Maybe using FastPencil?
fastpencil.com

August 19, 2009
Joel Orr is one of the few people who see the tsunami coming and understand how FastPencil sits at the crest of the wave. A free book-writing portal is his recent article in the Examiner.com where he outlines the pro's and con's of self-publishing with our new technology.
Read more

May 29, 2021
You hear it all the time, “Great entrepreneurs have confidence.” And, “That girl is really talented.” Or, “He comes from privilege.” And you think to yourself, “I’m afraid to start my own business, I’m definitely not gifted, and I don’t have the privilege, connections or money that create luck.” The truth is most of us aren’t born with confidence, talent or privilege—yet we create amazing businesses and build successful careers every day. What’s the secret? Confidence is just one tool entrepreneurs use to overcome the fear, doubt and anxiety we all feel when starting something new, or doing something important. Talent is a gift that helps people focus when there are too many options in front of them. Privilege is a starting point at the front of the same race we are all running. Confident, talented and privileged people use these tools to persevere when others quit. They still face the same challenges and they, too, must persevere in the face of incredible obstacles. So, the secret is
Read more 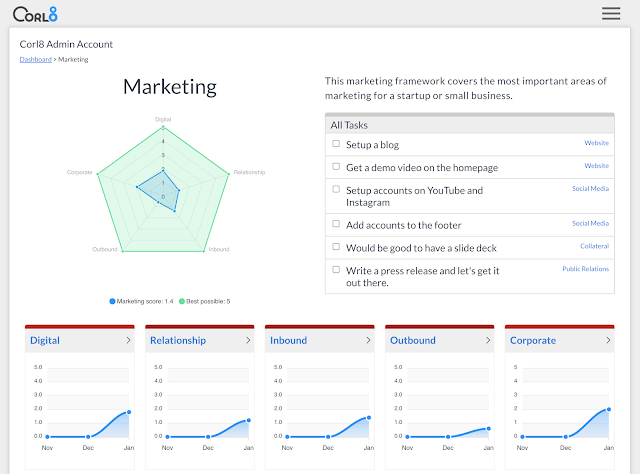